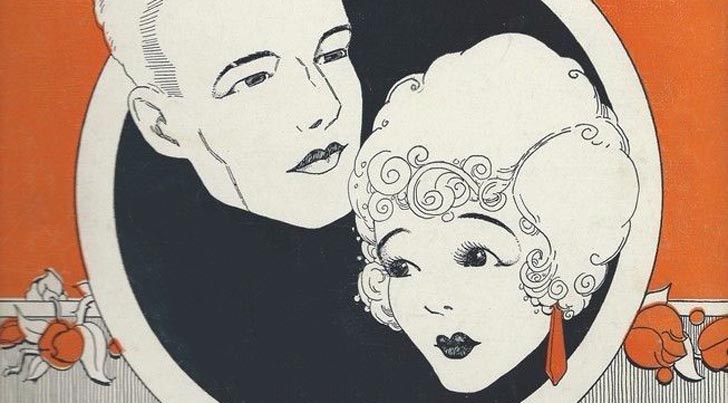 Elsie Carlisle – “Mean to Me”

The torch song “Mean to Me” is perhaps the most familiar of the many pieces resulting from the collaboration of composer Fred E. Ahlert and lyricist Roy Turk. Whereas many dance bands’ versions of this comparatively morose song are paradoxically upbeat, Elsie Carlisle’s version is marked by considerable pathos and fidelity to the sentiments of the lyrics. As is often the case with Elsie’s renditions of popular music, there is a dramatic element present in her “Mean to Me” that sets it aside from other recordings.

“Mean to Me” was recorded in America in 1929 by Annette Hanshaw, Vaughn de Leath (as Betty Brown), Helen Morgan, Ruth Etting, the Dorsey Brothers Orchestra, Seger Ellis, Phil Napoleon’s Emperors, Helen Richards, and the Charlie Davis Orchestra (with vocalist Louis Lowe). Isabelle Washington sang “Mean to Me” in an August 1929 Vitaphone Film, accompanied by “Dave Apollon and His Russian Stars,” who were, according to Ross Laird, a group of “Filipinos in Scotch kilts playing American jazz.”

“Mean to Me” notably appears in the 1932 Betty Boop cartoon Minnie the Moocher (listen for it at 2:53, although be sure not to skip Cab Calloway’s remarkable dancing at the beginning of the short).